In celebration of March being Women's History Month, we thought it was the perfect opportunity to recognize modern-day women who are currently changing the game in HR. Whether it’s their commitment to women in leadership, their adaptability in the face of challenge, their quest to transform company cultures, or other admirable accomplishments, these female leaders serve as an inspiration for all.

Like other HR leaders, Kelly Jaynes faced significant workplace challenges at the onset of the pandemic last year. However, Jaynes faced an especially daunting challenge. As she was dealing with the disruption of COVID-19, she was also coordinating Badger Mutual’s move of their corporate headquarters to a downtown location. Jaynes, however, faced the challenge head-on and seamlessly transitioned employees to work-from-home arrangements — all while facilitating the company’s larger move.

Jaynes has made a meaningful difference for Milwaukee-based Badger Mutual Insurance for more than four years, and the past year was further testament to her commitment to the company’s employees. Thanks to Jaynes’ noteworthy expertise in talent acquisition, employee engagement, and strategic planning, Badger Mutual has earned a spot in the Milwaukee Journal Sentinel’s Top Workplace awards in both 2019 and 2020.

After losing her executive role during a management shake up, Georgene Huang found herself in a less-than-ideal position: unexpectedly looking for a job while two months pregnant. While interviewing, she wanted to ask certain questions. Is work-life balance a priority at this company? Are women paid and promoted fairly? What's the maternity leave policy? But due to fear of stigma, she kept quiet.

Wanting to relate with other women about their experiences and how they overcame similar challenges, Huang founded Fairygodboss in 2015, which offers an online women's career community with expert career advice, job openings, and company reviews. But she’s hardly stopping there. After a year that’s profoundly impacted women in the workplace (especially women of color), Huang is looking for new ways to improve gender diversity in the workplace and pave the way for a more equitable workforce than ever before.

As a woman of color who transitioned from journalism into public relations, Morgan Phelps navigated the challenges of entering and advancing in a new industry. Based on her experience, Phelps set out on a mission to close the diversity gap. “I am combining learning and experience with my involvement in diversity and inclusion initiatives to create a path for increasing diversity within communications and advertising,” said Phelps.

Like many industries, financial services has a long way to go to achieve gender parity when it comes to women in leadership positions, and Murphy has made this part of her mission. “Fidelity’s research found that companies with women in leadership positions and initiatives promoting gender diversity generally outperformed the market over the long term,” said Murphy. “For these reasons and many others, we created the Fidelity Women’s Leadership Fund, which invests primarily in companies that prioritize and advance women’s leadership.”

After experiencing her own entrepreneurial success early in her career, Genevieve Thiers is now paving the way for other female up-and-comers. Thiers launched Sittercity, an online service connecting child care providers with employers, in 2001. She sold a majority stake in the company in 2009, and since then, she’s become a power player in the Chicago tech scene. In an effort to help other women in tech, she launched High Note Enterprises, an investment fund that supports female entrepreneurs focused on solving problems for other women.

While she’s dedicated to leveling the imbalance of women in tech (she’s invested in 15 women-in-tech companies), Thiers has pivoted much of her efforts to politics where she works to get women involved and elected. She is a Co Executive Producer and the political tech trainer on the series RUN, and founded the Chicago-based NewFounders conference (a political TED that brought in over 2000 major political leaders to Chicago between 2016 and 2020). In addition to hosting monthly political fundraisers, she’s invested in over 50 female political candidates in the last three years — and she’s showing no signs of stopping.

Women everywhere, we salute you.

There’s no question — these women’s efforts are noble and praiseworthy, and for that, they deserve special recognition. But as we honor them, we also want to thank women everywhere, for their contributions in business, community and beyond.

The EEO-1 Report and Your Latest Requirements
March 09, 2021 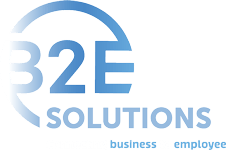